Get to know Michael Redding … “Porgy” in Porgy and Bess… 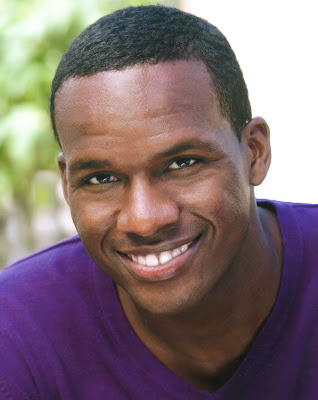 1. Where do you live when you’re not traveling?
When I’m not traveling I live in Chicago. I would travel to Chicago for auditions during my grad work, and just fell in love with the city!

5. When did you realize that opera was your career?
I think it’s safe to say that I’m still realizing that opera is my career.

6. What has been the biggest challenge in your performance career?
The biggest challenge, and I say this in all honesty, has been me! So often in this field we are encouraged and self motivated to compete with everyone else. I mean, that is the nature of a vocal competition, right? To me, there is no outside competition. It’s more like a celebration of the differences. That has been the biggest hurdle for me in this career and life in general- realizing I can only be better than myself.

7. What is your dream role?
My dream role, and I know my old teacher is going to berate me, is Eugene Onegin. Yes, yes, you would think I would be pining after Rigoletto or Wotan. But no, my dreams, at least for right now, are modest. I respond to music, and those Russian composers hit home the most.

8. Who do you most admire in the opera business?
I admire Renée Fleming most, I must say. The fact that she is still growing after all these years is incredible. Renee is not my favorite singer of all time, (although she has certainly given me some of my greatest chills), but she is by far my most admired.

9. Do you still get nervous after all these years?
I do still get nervous. It has become an annoying little signal from my body that tries to say “what are you thinking, Michael… you can’t do this!” Which is always followed by a quick “Hush!… I have work to do.”

10. Who has influenced you most throughout your career?
That’s hard to narrow down because it seems that the more I live life and allow things to be as they are, the more everything influences me. Some of my greatest teachers have not been in classrooms or masterclasses, but on R&B albums or movie screens. Meryl Streep, James Taylor, Sidney Poitier, my mother and the list goes on and on. Whatever sticks and continues to guide me on my journey is what I call “influence.”

11. What do you like to do when you’re not singing?
I do love a good “sit-down and do nothing” most of the time when I’m not performing. I recently picked up the guitar, and it has served me well in my moments of solitude.

12. If you were not a singer, what would you be?
According to my mom, I think I would be some kind of an adviser. She says a therapist, but that’s too stressful for me! I do believe that I would be, in some capacity or another, helping people discover themselves.

14. How do you think performing in Atlanta is different than in other cities?
Atlanta is my home! For years and years my family has been saying “when are you coming to perform here!?” At the time, with my little bit of experience and dreams, I didn’t have the heart to tell them that Atlanta is a major opera house and I’m not sure when or if I’ll ever sing there. It has yet to hit me now. The only difference performing here is that I will know most of the people in the audience!

16. Do you have any quirky routines or superstitions that you follow before a performance?
I get up, do some yoga, meditate and read, take a nice little walk around the neighborhood, listen to some Norah Jones or John Legend or whomever I’m in the mood for, sing a little bit to see how the “chops” are, and then it’s off to the theater!

17. What has been your most memorable stage moment – good or bad?
I was performing Porgy & Bess in some European city, and the detective could not get onto the stage from the door because it was jammed! After a long pause of “crickets” and confused faces and many shoulders bouncing desperately trying to hold in laughter and embarrassment (on and off the stage), somehow he made it through the door. I just remember everyone onstage trying to pull or hold it together while “acting” as if nothing had happened! That’s live theater for ya’!

18. If you were stranded on a deserted island, what three CDs would you most want to have?
Erykah Badu’s “Mama’s Gun,” James Taylor’s Greatest Hits and “The Devil Wears Prada” (even in just audio form it must still be hilarious!)