Every opera has its drama…. and its fun facts… especially Così fan tutte

You never know when you may be called upon to summon up obscure opera facts for a game of Trivial Pursuit. Have no fear… we’ve got the antidote below. Enjoy some fun facts from our upcoming production of Mozart’s mischievous and brilliant Così fan tutte. 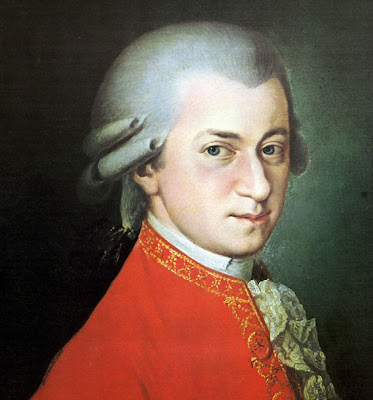 2. Mozart was appointed concertmaster of the Archbishop of Salzburg’s court orchestra at the young age of 13. This appointment marked the beginning of Mozart’s popularity and he received multiple commissions for his work. However, Mozart did not get along with the Archbishop and quit in 1781. 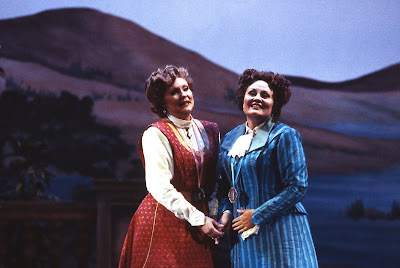 3. Mozart’s life slightly resembled the story of Così fan tutte for a time – a few years before he married his wife Constanze Weber, he was engaged to her sister Aloysia.

4. The storyline of Così fan tutte was considered very scandalous in the 19th century, so anytime the opera was performed it was usually altered, completely rewritten or accompanied by an apology for the frivolous plot. Although he liked Mozart’s music, composer Beethoven called the story concept “immoral.”

5. In 1994 two works by Mozart’s contemporary Antonio Salieri were discovered, showing that Salieri attempted to set the libretto of Così fan tutte to music as well, but did not complete the project.

6. The full title, Così fan tutte, ossia La scuola degli amanti translates to “Thus do all [women],” but it is often simplified to “Women are like that.” The words are sung by the men in Act II, just before the finale. Librettist Da Ponte also used the line “Così fan tutte le belle” previously in Le nozze di Figaro. 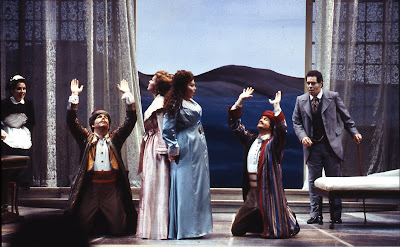 7. Actor Alfred Lunt staged the 1951 Metropolitan Opera production of Così fan tutte that established it as a repertory opera in the United States.

8. Librettist Lorenzo Da Ponte went bankrupt soon after the premiere of Così fan tutte and emigrated to New York to escape his European creditors. He ran both a grocery store and bookstore, but still remained an esteemed teacher of languages and the classics. He oversaw the American premieres of Don Giovanni and Le nozze di Figaro and co-founded the school for Italian studies at Columbia University. Da Ponte died in 1838 and is buried in Queens.