Industry Trends from an Intern’s Point of View

Our spring interns are nearing the end of their term here at The Atlanta Opera, so we’ve asked them to think about what they will take away as they move on to their next adventure. In this post, intern Victor McMillan gives opera lovers something to talk about – production trends in the industry – and opens the floor for discussion.

One of the most important lessons I’ve learned as an intern at The Atlanta Opera over the past several months is the need to be informed of what is happening in the industry. Every opera company is different with unique challenges specific to its local environment. In order to continue to grow and develop, it’s important to see how things are being done elsewhere, whether or not they have been successful, and what about this information could be useful. I have made it my mission to become a dedicated student of the industry and, as a result, have begun to develop a sense of industry trends.

I want to talk about three exciting things happening in the opera world that all have to do with changing the environment in which we experience opera. This involves change, in some cases, to the aesthetic elements of the production itself, but what is most interesting is how changing the entire environment can alter audience perception, as well as the potential for promoting enhanced artistic quality. 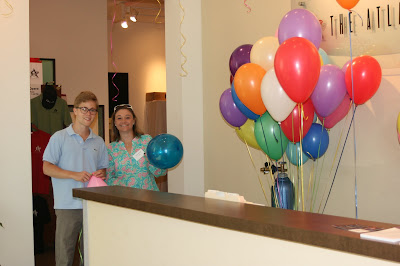 The Metropolitan Opera’s live HD broadcasts have rapidly become an integral part of the dissemination of opera to a broad public without access to live performance in the same way that Metropolitan Opera radio broadcasts have for decades. The various camera angles and up-close views available to HD broadcast watchers offers, in my opinion, an expanded range of dramatic possibilities both to performers and audience members. The HD broadcasts afford the audience a proximity that allows for a more intimate experience and potentially more nuanced dramatic content. In addition, the backstage shots and interviews with singers further break down the barrier between production and audience. This change also has the potential to necessitate a new focus on previously underdeveloped aspects of an opera performer’s training and will perhaps encourage singers to reach even deeper into character development. There are legitimate concerns about the broadcasts as well. Some argue that filming influences directorial decisions in a way that is detrimental to the live audience (though the Met denies this). Another argument is that watching the production in a movie theatre takes away the critical element of hearing an unamplified voice. These are legitimate concerns; however, we have not yet reached a point (nor is it likely that we will ever) where people are choosing to see Met productions in movie theatres instead of the opera house. At this time, the broadcasts are a useful experiment in how audiences and performers respond to a different aesthetic environment.

Another recent example is the fledgling opera company OperaUpClose. Their production of La bohème, performed in a London tavern to an audience of a few dozen with little more than piano accompaniment, ran for months with sold out performances. The production won an Olivier Award, beating out English National Opera and the Royal Opera House. This stamp of legitimacy and cultural relevance begs the question: why is it that all of our “legitimate” operas happen on proscenium stages with orchestra in the pit and a few thousand folding seats in the house? Is the art itself contingent upon upholding a traditional viewing environment? The production is an example of how bringing audiences close and really making them part of the action has been well received critics as well as audiences. Not only does there seem to be a hunger for this connection but there is the potential for newfound artistry.

Finally, the Salle Modulable is a unique theatrical space designed for the Lucerne Festival, where an extraordinary variety of staging designs are possible. The concept is similar to a black box theatre in which there are many different configurations for the stage and audience seating. This flexibility affords directors the fewest possible limitations and a new world of spatial relationships between performer and audience. This type of space, long coveted by legitimate theatre actors and academics, is also highly suited to training as well as experimental theatre. Thus, the space, utilized by the Lucerne School of Music, will be highly beneficial to students in bridging the gap between training and practice.

All of these exhibit an effort to fully integrate audiences into the opera theatre experience. This is not just an opera trend. The recent 3D push in movies and television is aimed at the same thing, making observers part of the action.

As they relate to opera, I believe these changes have the potential to make the genre better. But is there something sacred about that fourth wall? Are we opening up a new possibility of what the lyric theatre can be, allowing it to develop and evolve as it should, or are we destroying a critical characteristic?

This brings me to my final point. Whether you think these things will save the genre or destroy it, are artistic or blasphemous, I hope that you will have an opinion and be inclined to share it. Ultimately, my goal for this blog post is to start a discussion. So, what do you think?