“I’ll tell you a rabbit story…”

For the first time ever, The Atlanta Opera has commissioned a children’s opera for the 2011-2012 Studio Tour! The opera is called Rabbit Tales, and is based on the whimsical Br’er Rabbit stories made famous by Joel Chandler Harris. Many of you have probably heard the news already, but we wanted to share with you a little bit about the process of commissioning, writing, and premiering Rabbit Tales, and how excited we’ve been to see this idea grow into a full-fledged operatic gem. 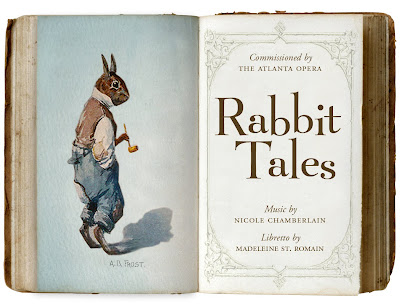 “It all started with an idea,” said Atlanta Opera Education Director, Emmalee Iden. “But the question was, ‘How do we make this idea come to life?’”

After visiting The Wren’s Nest House Museum, the former home of Joel Chandler Harris, Ms. Iden was very impressed. She returned to The Wren’s Nest to meet with Executive Director, Lain Shakespeare, to discuss the idea, and she found that, “He was whole heartedly behind it.” Since the Br’er Rabbit stories are now in the public domain, there were so many possibilities and places the opera could go.

To begin the transformation of this idea into an opera, the next step was finding a composer and a librettist. Nicole Chamberlain had been a composer who participated in the 24-Hour Opera Project in 2010, and is active in the Atlanta music community. Nicole was enthusiastically on board to compose the musical score for the opera. Madeleine St. Romain, who was recommended by our Foundations and Grants Manager, Greg Carraway, was asked to adapt the stories of Br’er Rabbit, and add her own twists with other folklore from around the world.

Nicole and Madeleine spent hours writing, composing, and putting together words and music that adequately portrayed the stories of Br’er Rabbit and his silly adventures. “Rabbit Tales is not a literal translation or transcription of the stories that inspired it,” says Madeleine St. Romain. “I cut, added, and rearranged things to make an opera that works as a touring production performable in all sorts of venues with four singers, an accompanist, and a set that fits into a van.” 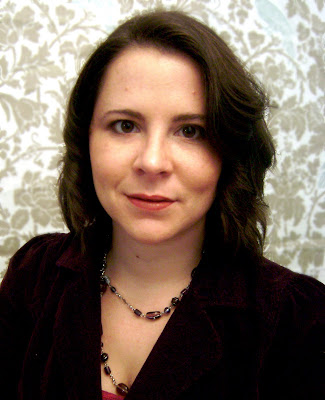 The backbone of so many great works of art is the vision that inspires the creation of the piece. When asked what her vision was while composing the music for Rabbit Tales, Nicole Chamberlain said, “I wanted to create an entertaining American opera that children, adults, and the performers could enjoy. I also wanted not only to incorporate the influences of the music of diverse cultures that make up the United States, but also use themes from the standard opera repertoire in the hopes that children may get a taste of those operas as well.”

“One of the things the Br’er Rabbit stories are about,” said Madeleine St. Romain, “is what it’s like to be a small person thriving among bigger, physically stronger people, by being clever and convincing. I wanted to get that feeling into the libretto.” 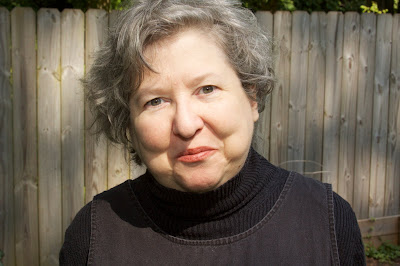 Librettist Madeleine St. Romain. Credit: Hollis Ellison.
Once the score and libretto had been completed, Emmalee Iden tracked down area director and puppeteer, Park Cofield, to bring the story to life. His eye for details, and experience with creating imaginary worlds for children, has been instrumental in staging the production. Cofield created storyboards that illustrate each scene of the opera. The set designs, by Atlanta Opera Production Manager, Michael Benedict, and costumes by Atlanta Opera Costume Designer Joanna Schmink are so vibrant and full of life. Characters include Br’er Rabbit, Teenchy Duck, Sister Fox, and King Lion. 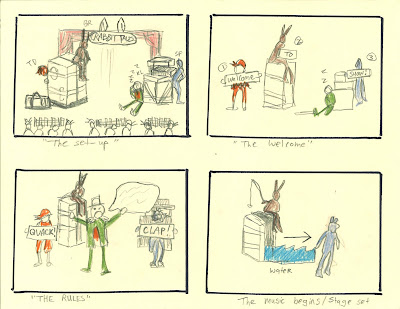 “This has been by far one of the most rewarding experiences I have had writing music,” said Nicole Chamberlain. “The Atlanta Opera has been nothing but encouraging, supportive, and trusting throughout the whole process. I hope this fills a void in children’s opera, gives more to the repertoire, and encourages others to write serious music for children. There’s obviously a need for children’s opera, and I hope this puts new music and opera in a fresher perspective for kids.”

Rabbit Tales will have its public premiere on October 29, 2011 at The Wren’s Nest on the outdoor stage in the natural grass amphitheatre. The audience will have an opportunity to meet the creative visionaries of this project, in person. 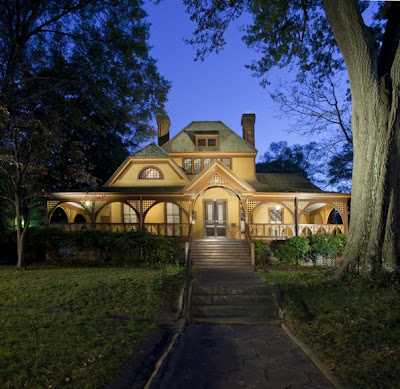 The Wren’s Nest.
The production team of Rabbit Tales was recently featured on WABE’s City Cafe with John Lemley. To listen to this story, please visit pba.org.

To book a performance of Rabbit Tales, and to find out more information, contact Emmalee Iden at 404. 881.8883 or eiden@atlantaopera.org.