A Children’s Opera from the Grown-Ups’ Point of View!

Rabbit Tales is a touring production of The Atlanta Opera Studio and will be traveling to elementary schools throughout Georgia. It will also have a public premiere on October 29th at The Wren’s Nest. You can read more about the project in our previous blog entry “I’ll tell you a rabbit story…”

For this week’s blog, we thought it would be fun to speak to the performers in Rabbit Tales and give you the inside scoop on why performing in a children’s opera is unique, challenging, and very rewarding.

Because Rabbit Tales is performed in a variety of spaces, such as small stages, libraries, and even school cafeterias, the cast is as compact as the traveling set! But make no mistake, the musicians in this show deliver anything but a small performance!

Playing the role of the “clever and mischievous” Br’er Rabbit is tenor Wesley Morgan. Wesley has worked with The Atlanta Opera many times, and is no stranger to children’s opera. His first children’s opera was The Baker of Seville three seasons ago. 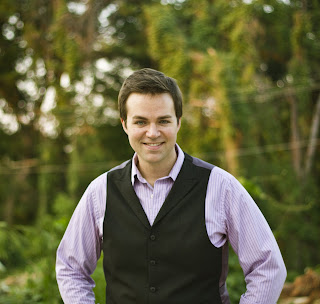 Soprano Elexa Bancroft is making her debut with The Atlanta Opera in the role of Teenchy Duck, the brave and charismatic duckie, “out to make her way in the world.” 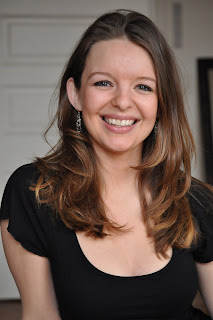 Joining Br’er Rabbit is Sister Fox, sung by Elizabeth Claxton, who performed with the Atlanta Opera’s Studio Tour Production of The Pirates of Penzance. 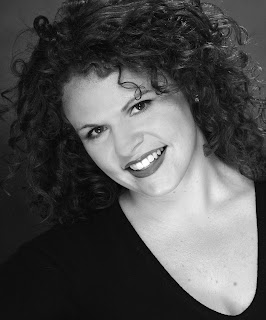 The role of King Lion will be performed by baritone Wade Thomas. This will be his fifth production with The Atlanta Opera. Wade has not only participated in children’s opera here in Atlanta, but also with Opera Birmingham and Tri-Cities Opera in Binghamton, New York. 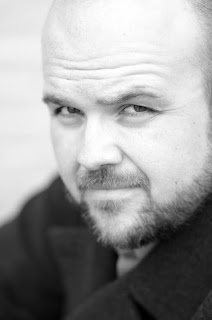 We will also be hearing from Rabbit Tales accompanist Catherine Schaefer, who is excited to be performing in her first opera written specifically for children. 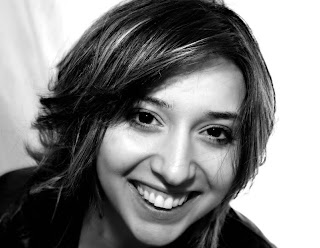 Wesley Morgan- “Performing in a children’s opera is different than performing in a mainstage opera for many reasons. The practical differences include number of performances- mainstage operas only perform a few times, with breaks between performances. We perform the children’s operas a couple of times a day, 4-5 times a week, for a couple of months.”
Elexa Bancroft – “Playing Teenchy Duck is different from other mainstage roles I have done because I want my characterization to be very animated, yet simple, for the children in the audience to understand. I also like being silly with the character to make the kids laugh with little quirks to keep them engaged.”

Elizabeth Claxton- “With children, one does seem to have to be a bit more active. Also, the downsizing of a production can be challenging.”

Wade Thomas- “We have to be able to transport our set to different schools and perform in a number of different environments, such as café-gymno-toriums, or even in small classrooms.”

Catherine Schaefer- “In mainstage productions, our job as pianists… is to provide music for rehearsals and… to play as part of the pit orchestra for performances. Children’s operas are usually written for piano accompaniment only [because] it’s not feasible for a large orchestra to travel around to elementary schools. [Also], the pianist must be able to see and communicate with the singers, since there is no conductor.”

2. Is this opera musically different from mainstage operas that you’ve performed in?

WM- “The music for Rabbit Tales is different from what I’m used to singing, in that it is influenced by blues and folk music.”
EB – “This is a musically challenging opera from my past roles, but it has been fun. There are a lot of blues stylings in the opera, which are not the most common styles you find in classical settings, of course. It’s nice to be able to be creative and swing with it all.”
EC- “[It is], but you still approach the music the same way. Every opera has its differences, and you just make it your own.”
WT- “I would say it’s different in that in a mainstage opera we usually sing with an orchestra, whereas we sing with just a piano in the children’s opera. Plus, children’s opera is in English…I think little kids would look at us weirdly if we sang to them in Italian or German.”
CS- “I don’t think that Nicole Chamberlain, the composer of Rabbit Tales, used an entirely different musical language for this opera than she would have if she had been writing for adults. However, there IS a lot of humor in Rabbit Tales, and she definitely uses certain musical devices to achieve that humor. As in any opera, the music gives important clues as to what the characters are thinking and feeling. This opera quotes or refers to a wide variety of musical styles–from jazz and Gospel to Classical opera arias. That is one of the most fun things about working on new music: composers today have so many different traditions and styles to inspire them and inform their craft.”

3. What do you like best about performing for children?

WM- “The best part about performing for children and families is being able to really experience their reactions- since we’re working extra hard to keep their attention and keep them entertained, and they are usually not far away in a dark theatre, we get to witness their reactions, and sometimes participation, up-close and personal.”
EB – “Performing for families is fun because the feedback from them is so energetic. I was in Peter Pan when I was younger, and I loved answering all of the kids’ questions about being a singer and being [the character] Wendy. It’s so funny when the kids talk to you like you are still in character the whole time after the show is over, too. I guess they’ll know this time I’m not really a duck.”

EC- “It is wonderful to see kids really get into the performances and ask questions. They seem to be very intrigued with the whole concept.”

WT- “I feel that children really appreciate our performances and are usually very enthusiastic audiences. It’s always fun to see them smile, and wave at you when the show is over, and tell you how much they liked the performance.”

CS- “My favorite part of playing for children’s opera is observing the children’s reactions to opera! Many of them have never heard an opera or an opera singer before, and the looks on their faces when someone starts singing high notes is always entertaining. Often they don’t quite know what to make of it, but they are usually pretty impressed. It’s a lot of fun to introduce kids to that world.”

After reading these cast interviews, it’s easy to see why The Atlanta Opera is excited to have Rabbit Tales as part of our 2011-2012 season. This show gives children the opportunity to become immersed in the world of opera in a fun, interactive, and unique way. Though it is a lot of hard work, you can see that the performers love what they are doing.

If you are interested in coming to the world premiere of Rabbit Tales, or having it come to your school, check out the Rabbit Tales page on our website, and be a part of this wonderful opportunity! 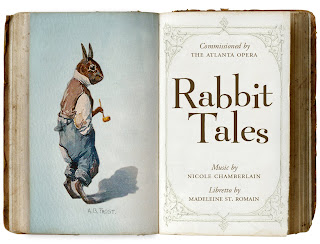