Come “Escape the Ordinary” with The Atlanta Opera

Last night at our Season Snapshot event, The Atlanta Opera proudly presented the three mainstage operas of the 2012-2013 Season. They are… drumroll please… 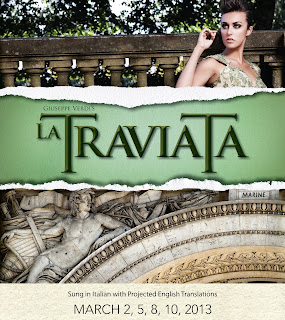 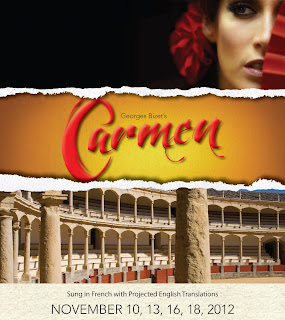 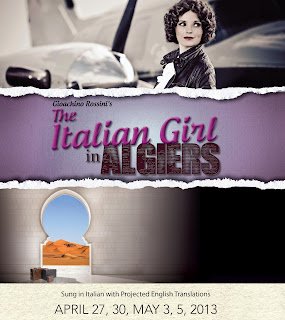 With fiery gypsies, tragic love stories, and a comedy for the ages, Atlanta audiences can expect to be transformed, transfixed, and transported through these well-known and loved operas.

With this exciting season announcement, who better to give our readers a look at why these operas were chosen and what to expect than our Zurich General Director, Dennis Hanthorn.  Below is a Q&A with Dennis as he presents a first-look at the 2012-2013 season.  Enjoy!

1.  The theme for this season is “Escape the Ordinary.”  How does this theme speak to the opera experience?  Why do you think this theme represents the three operas of the season, and how does it relate to Atlanta audiences? Each of the three operas has something exotic, yet familiar in it.  Carmen is one of the most exciting, entertaining, passionate operas ever written. There are so many characters that audience members can, or would like to, associate with! Maybe audiences will place themselves in Spain, and imagine what it would be like to be a soldier, or a gypsy.

In La traviata, the high society of Paris before the French Revolution had an elegance to it, with all the parties and excitement of meeting ambassadors, dignitaries, and friends from the world. Violetta was a woman who knew people in high places, and the opera depicts a very glamorous time to live in Paris.

We’ve decided to set our production of The Italian Girl in Algiers in the 1930’s.  We also added another element by changing the shipwreck accident into a plane crash. With Isabella in a plane crash rather than a shipwreck, you have this “Amelia Earhart-like” quality: where does she land, how, etc.

Italian Girl in Algiers is also unique in the opera world because it turns the table on the traditional “rescue opera.” In this production, the woman is the hero.

For each of these operas, there is an excitement in the unknown and exotic locations, and we hope this will allow Atlanta audiences to “Escape the Ordinary”.  We also hope that new audiences will “escape the ordinary” by trying an opera experience for the first time.  Each of these operas are great introductions for first-timers!

2.  Why did you choose Carmen, La traviata, and The Italian Girl in Algiers for the 12-13 season? Carmen is one of the four all-time great operas- including Aida, La bohème, and Don Giovanni– that people want to see.  It is incredibly popular and contains music that people can hum along to.

Out of Verdi’s 28 operas, La traviata is one of his most famous and most performed operas.  2013 is also the bicentennial year of his birth, so it is exciting to commemorate Verdi’s life with a production of one of his operas.

With both Carmen and La traviata being grand and serious operas, we are excited to end our season with The Italian Girl in Algiers, Rossini’s comic opera.   This opera is one of Rossini’s three most performed operas, and will be a debut production for The Atlanta Opera.  It promises to be a fun experience for the audience, as well as a look into a great 19th century bel canto work.


4.  The Atlanta Opera will be producing The Italian Girl in Algiers for the first time. Why has it taken 30+ years for The Atlanta Opera to produce this Rossini comedy? There certainly has been a large gap in the history of Rossini repertoire that has been produced here at the Opera.  Between our first production of The Barber of Seville, and our most recent production of it in 2006, there was this gap of almost 20 years were no Rossini work was produced.  However, in my eight seasons at The Atlanta Opera, we have produced The Barber of Seville, Cinderella, and now, Italian Girl.

I particularly love Rossini’s music, and there are singers today who specialize in singing Rossini very well.  I am excited that we have identified some of them for Italian Girl.  Atlanta audiences can expect a high level of talent and delightful performances.

5.  Describe the concept for The Italian Girl in Algiers.  How does setting the opera in the 1930’s change the characterization? When changing or updating a production, you still must remain true to the original direction and characterization of the opera. Isabella, Lindoro, and Mustafà (to name a few characters) will retain their original qualities.  Yet the time and place will be different.  Changing the period of the piece adds a fresh perspective to both performers and audiences alike, as well as lending itself to the exotic feel we are capturing with this 2012-2013 season.

Audiences can also look forward to a different type of stage craft with this production of Italian Girl.  Instead of a standard set, with pieces moving in and out, our opera will be performed in a storybook set.  The stage will have the feel of a pop-up children’s story, which will bring a lot of whimsy and fantasy to the opera.

6.  Each opera in the 12-13 season contains a very powerful and iconic female role.  What can Atlanta audiences expect from Maria Jose Montiel as Carmen, Mary Dunleavy as Violetta, and Sandra Piques Eddy as Isabella?  Atlanta audiences can expect a very authentic portrayal of Carmen in Maria José Montiel.  Because of her native Spanish culture, her interpretation is believable, and she is able to bring a special flavor to the performance. Maria is in high-demand, and performs in Europe, as well as all over the U.S.  We are looking forward to having her sing on our stage in her Atlanta Opera debut.

Mary Dunleavy has performed Violetta many times around the world. This is one of her signature roles.  This production will also be her debut with us. I’m just so pleased and proud to bring her to Atlanta. She is a tremendous actor and musician, and gives a very exciting interpretation of Violetta.  She will thrill our audiences.

Sandra Piques Eddy sang the role of Cherubino in our 2008 production of The Marriage of Figaro, and we are pleased to have her back. She is a consummate artist as far as Rossini and classical repertoire goes.  She performs many styles of opera-  romantic, late 19th and 20th century- but thoroughly understands the Rossini style and technique. Sandra is also one of the great mezzos of our day.

7.   The 11-12 season received some criticism about the decision to produce The Golden Ticket?  Why do you think this opera was effective in our season and to the Atlanta Opera’s growth as a company? Opera companies across America have the responsibility to produce a balanced season.  Choices are also made based on how much money you can raise, and while producing what’s called the war horse operas (opera classics) may seem the only option, audiences will grow tired.

There are traditional, contemporary, early music, and new operas that our audiences have not seen.  It is one of our goals to provide as broad a variety as possible.  And while doing that, we know that not all audience members are going to like everything.

However, The Golden Ticket had a tremendous effect and positive response from our younger audiences.  One of our favorite reviews was from a 13-year-old boy in the audience who wrote an excellent article of his experience for Macaroni Kid. He stated that the production was “creative, colorful, and really inventive.”  This is the kind of feedback that we were hoping for. We also had a large amount of first-timers to the opera, and we are optimistic that these people will want to come back.  As an opera company, we have to think of ways to bring in a new audience, and while many of our more traditional audience members questioned why we included it in our season, The Golden Ticket delivered in terms of building new audiences.

8.  What are you most looking forward to in the 12-13 season? We are looking forward to broadening our audience.  Ticket sales only make up a portion of direct production costs, so we are also hoping to grow in the amount of contributions.  But simply put, I am excited to produce the highest quality opera possible and to know that audiences enjoyed the performances!

The “season snapshot” also included the announcement of a donor benefits program called MyOpera, a completely new approach to issuing donor benefits in the world of the performing arts; 2012-2013 community engagement initiatives, including the hugely successful 24-Hour Opera Project and High School Opera Institute; and the details of the 2012 Atlanta Opera Ball: A Night in Seville, a fundraiser supporting and sustaining the exceptional artistic quality of The Atlanta Opera.
You can read more about these initiatives in our 2012-2013 season press release.

This season promises to be unlike any other. Subscriptions are available here.

We hope you’ll join us to: