Behind the Scenes: Finding the Truth in TOSCA’s ‘Te Deum’ 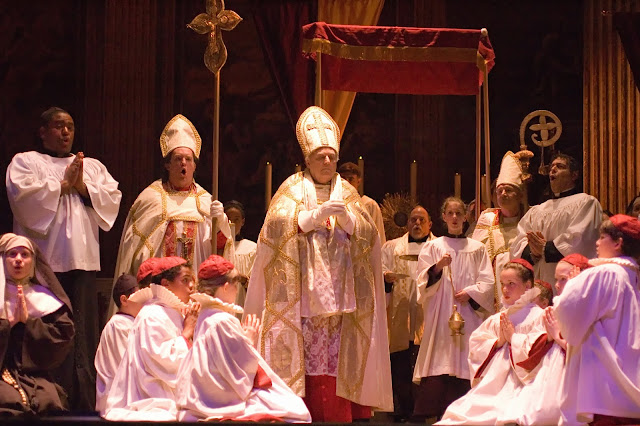 At its core, Tosca is an opera about truth and lies. Most of us know the double-crossing and misdirection involved in the plot, but the theme of truth in Tosca goes much deeper than just the story. First of all, Tosca is what musicologists call a verismo opera. The word itself is derived from the Italian word “vero” (meaning truth), which stems from the same Latin root as words like verisimilitude and veracity.

Truth in opera? What does that even mean? Historically, verismo opera was associated with a trend towards naturalism in the theatre and literature of writers like Emile Zola and Henrik Ibsen at the end of the 19th century. In studying Tosca before I arrived in Atlanta, I became very interested in Puccini’s desire to create moments of musical and theatrical realism in his opera.

Let’s take the famous Te Deum that ends Act I as a case study: Numerous sources (including Puccini’s own letters) detail the scrupulous attention the composer paid to researching the musical landscape of Rome in the year 1800. He wrote letters to friends who were officials in the Catholic Church, asking them for details of religious ritual. Below is an excerpt from my favorite letter, taken from the memoirs of Puccini’s friend Dante del Fiorentino, a Monsignor who was friends with the composer:

“Go to San Martino. Go to the Bishop, if necessary, and ask him what would be appropriate for the priests as they proceed toward the altar for the celebration of the Te Deum… Find some verses for me, or at least one which will suggest the victory in a prelude before the great Te Deum. Tell the Bishop to invent something for me. If he doesn’t, I’ll write to the Pope and have him thrown out of his job on the grounds of imbecility.”

To drive the point home, Puccini added a postscript: “Get the words for me, or I’ll become a Protestant.”

In the end, Puccini received the information he needed (including the exact version of the plainsong used in Rome and the correct order for a procession to the altar). He absorbed all this detail and transformed it into a rite of his own making – something that evoked the grandeur, tradition, and sanctity of a religious procession, without becoming a literal reenactment. 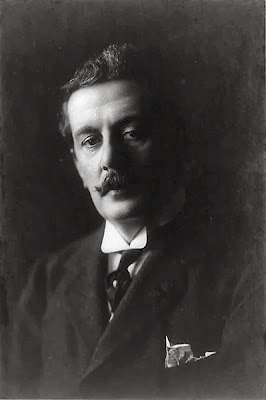 Our production team in Atlanta went through a similar process to create the staging of the Act I Te Deum. Our goal was to do the necessary research to present a respectful interpretation with dramatic impact. I spent a few days calling Catholic organizations in the Atlanta area and checking over the details with the Catholic members of the production team. So far, we think these efforts have paid off. There’s a supernumerary in our procession who has been in three separate productions of Tosca. A few days ago he told me that our version of the procession is the most accurate he’s seen. Another supernumerary, who is an active Catholic, coached me on a few details we could add and remarked on how respectful our interpretation is. 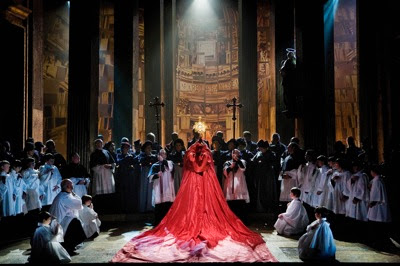 Why is it so important to us to get this right? On the first day of rehearsal, director Tomer Zvulun spoke to the principals in the cast and reminded them that Tosca is based on the true story of a shepherdess who became a diva after she was discovered by the composer Domenico Cimarosa. He used this anecdote to drive the point home that, even though Tosca is an opera, all the characters are real. They have flaws and are driven by fundamental desires for love and power. When all the characters seem really, truly alive onstage – down to the last chorister and supernumerary – those are the palpable moments in opera that make us all feel more alive in the audience.

Alison Moritz is the Resident Assistant Director for the Atlanta Opera’s 2013-2014 season. She’ll be sharing her behind-the-scenes stories and opinions in a series of upcoming blog posts.

(Special thanks go to Patricia Dejarnett of the Roman Catholic Archdiocese of Atlanta.)