Opera is complicated – that’s why we love it. But it takes a lot of effort, expertise, and patience to coordinate all the elements of a given production. In the end, everything comes together in the crucial week before opening night. Here’s a behind-the-scenes breakdown of Tech Week for the Atlanta Opera’s current production of Tosca (running through October 13):

After weeks of finessing musical and staging choices in the rehearsal room, the entire cast (including chorus, supernumeraries, and children) comes together to rehearse the opera in its entirety for the first time. Members from the design and production teams use this as an opportunity to troubleshoot certain moments – how fast will that quick change really have to be? Is this the final version of a certain prop for Act II? For the singers, this is their first chance to test the stamina and concentration necessary to perform the show from beginning to end. The goal of the Final Room Run is to get everyone in the whole company on the same page before we start adding the technical elements of set, costumes, and lights. 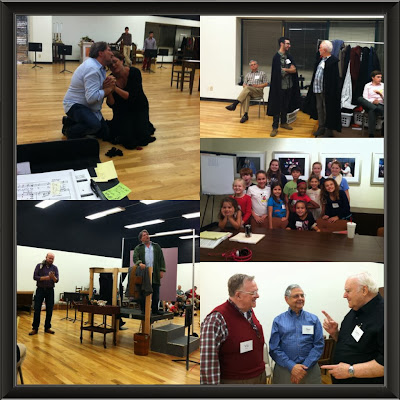 While the singers enjoy a day of rest, the crew loads into the theatre. The set for Tosca is particularly large, so the first day is focused on getting the structure of Act I built – the interior of the church of Sant’Andrea della Valle. 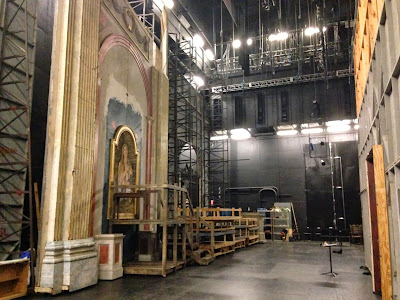 During the day, teams build the set, work on props, focus the lights, put the finishing details on costumes, and style the wigs. In the evening, the cast arrives and we rehearse each act in sequence. As we go, many small adjustments get made – transforming the intimate staging of Tosca that we perfected in the rehearsal room into an experience that will translate into the 2,750 seat theatre.

Our Sitzprobe is actually a Wandelprobe – which means that the singers walk their positions on the stage while they rehearse with conductor Arthur Fagen and the orchestra. The music staff takes notes, listening for balance between the instruments and the singers. 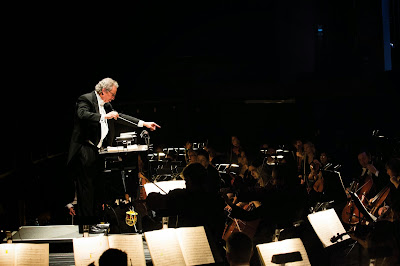 The crew works during the day to finish construction of sets and props. The lighting design team refocuses lights and works on building cues for the show and making sure that the Stage Manager Erin Janzen Thomson is ready to call the show. Tonight is the first time everything is coming together – including costumes, wigs, and make-up. Afterwards, the production team meets to discuss any adjustments needed before our first Orchestra Dress tomorrow night. Many of the changes are relatively small – Tosca should wear a lighter tiara; Scarpia is going to eat real chicken every night; we are cutting the small table and chair in Act II and going back to the larger votive candles in Act I – the shape of everything is already in place, but there are details left to fix.

The morning and afternoon are spent finishing tasks outlined in the production meeting last night. When the singers arrive, they receive a few notes to think about during that night’s rehearsal. The orchestra sounds great and everyone is excited to have an audience for the Final Dress Rehearsal tomorrow.

In the afternoon, lighting designer Robert Wierzel, director Tomer Zvulun, and Calling Stage Manager Erin Thompson-Janszen work together to perfect the timing and look of the iris effect that begins each act. The iris we’ve created is a great example of relatively simple stagecraft (curtains and lighting) used to produce a cinematic effect. It’s an ingenious idea – one that I will definitely steal in a production of my own someday.

The Final Dress Rehearsal has an audience of invited guests of the cast and orchestra. The singers really come alive, responding to the energy in the house, and it feels more like a first performance than a rehearsal. Having been with this production from the beginning, I was surprised to find myself beginning to cry during Act III. For a few moments, I stopped taking notes in my head and became a member of the audience. 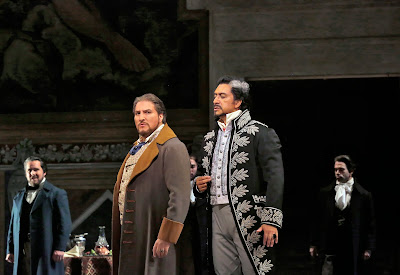 I’ve always thought that the best moments in opera are like looking through a kaleidoscope. When your way of looking at something shifts just enough, everything suddenly merges, creating a little bit of magic that only you can see. For a brief moment, I experienced this on Opening Night. Come to the opera, you might find it, too. I hope to see you there.

Alison Moritz is the Resident Assistant Director for the Atlanta Opera’s 2013-2014 season. She’ll be sharing her behind-the-scenes stories and opinions in a series of upcoming blog posts.