Categories
Tags
“Despite
the horrors of the Holocaust, there were islands of humanity in the midst of
the greatest atrocities…”

November
9th, 1938.  It’s been 75 years since Kristallnacht, a night of terror that heralded the Holocaust and saw
the incarceration of over 30,000 Jews in concentration camps.
A series of coordinated attacks across
Germany and Austria, the term Kristallnacht
or the “Night of Broken Glass” came about due to the broken glass that littered
the streets after over 7,000 Jewish homes and businesses and 1,000 synagogues were
destroyed.
Atlanta Opera Music Director
Arthur Fagen, the son of Holocaust survivors Lewis and Rena Fagen (who were Schindlerjuden – Jews rescued from
concentration camps by working in the factories of German industrialist Oskar
Schindler), has spearheaded a partnership with the William Breman Jewish Heritage and
Holocaust Museum this season for the inaugural Molly Blank Jewish Concert
Series, which begins this Saturday, November 9th with a performance
commemorating the 75th Anniversary of Kristallnacht. 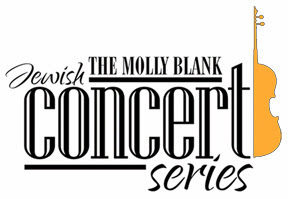 The concert includes Gideon Klein’s String Trio (1944) and Hans Krása’s Passacaglia and Fugue for String Trio (1944),
performed by musicians from The Atlanta Opera Orchestra.  The program also includes songs written in Jewish ghettos and concentration camps by
composers Isle Weber, Adolf Strauss and
Martin Roman and performed by Helene Schneiderman, a
well-known mezzo-soprano who is also the daughter of Holocaust survivors.

“As
the son of Holocaust survivors, I find it my duty to keep the memory of the
Holocaust alive in order to prevent future tragedies of such magnitude,” says
Fagen.  “The String Trio by Gideon Klein and the Passacaglia of Hans Krása were written in Thereseienstadt before the composers were
deported to Auschwitz. In all probability, they were the last works written by
these composers.  It’s important to
remember that, despite the horrors of the Holocaust, there were islands of
humanity in the midst of the greatest atrocities.”
Join us November 9, 8 p.m. at the
Breman for this enriching and meaningful evening.  A
reception with the performers follows the concert. Tickets are $50 for Breman
museum members and Atlanta Opera subscribers, $65 for non-members and are
available here
or at 678-222-3700.
Read more about the experience
of Arthur Fagen’s parents, Lewis and Rena, with the Holocaust, Oskar Schindler,
and their involvement in the making of the Steven Spielberg film Schindler’s List here.

Usage of any images on this blog is restricted to The Atlanta Opera and approved news websites. Any other usage, particularly for professional purposes, must have written permission. For additional information, please contact The Atlanta Opera’s Marketing Department at 404-881.8801.