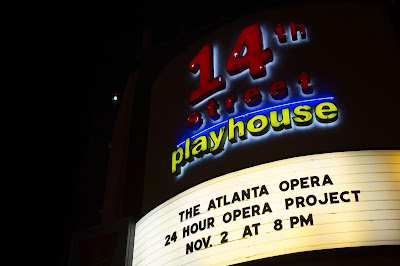 The 24-Hour Opera Project® (24HOP), held earlier this month as part of National Opera Week, is an opera experience like no other for both participants and audience. Imagine writing, composing, rehearsing and performing a brand new opera in just 24 hours collaborating with people you have probably never met.  You can read what Cory Lippiello, the Opera’s new director of artistic planning and community engagement has to say about the Project here.

The latest 24HOP, with the limited hours of creation and rehearsal happening at First Presbyterian Church, had its own drama, as seems appropriate.  A last-minute cancellation left only three lyricists to match with four composers.  So, in a random selection, one lyricist was lucky enough to have her libretto set to music by two different composers.

The work of the composer-librettist teams yielded two versions of an opera called The Lifespan of a Fly, another opera named 3D’s Dance Hall, and one entitled Grace Out of Place.  These operas were composed around the theme of “adopting a new identity,” which was drawn from ideas the artists themselves submitted at the Friday kick-off. As secondary inspiration, the teams blindly selected props ranging from a king’s crown to a feather duster, a giant plastic fly and other seemingly arbitrary stage utensils including a clown’s red nose and a bull whip.

In the wee hours of Saturday morning, the new operas were turned over to the director-singer teams to bring the works to life on stage. After a grueling, yet energizing day, the new pieces had their world premieres on Saturday evening before an appreciative and engaged audience at the 14th Street Playhouse, a new, larger venue for the Project. 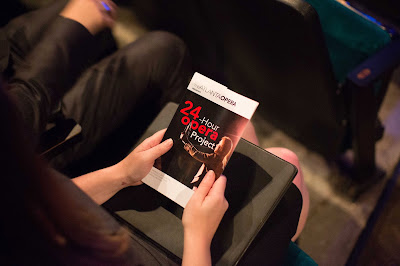 The judges – the Opera’s Cory Lippiello, Jamila Robinson from the Atlanta Journal-Constitution, and Lyndsay Werking from OPERA America – selected The Lifespan of a Fly as their top pick.  The audience found 3D’s Dance Hall to be their choice.

Here’s the evening in pictures and sound. 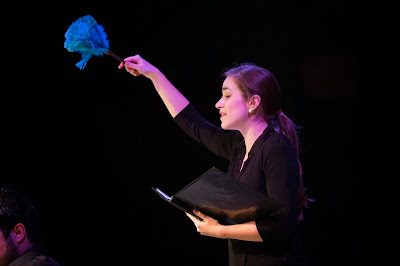 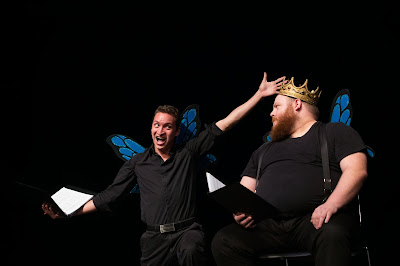 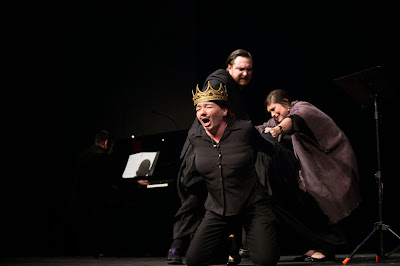 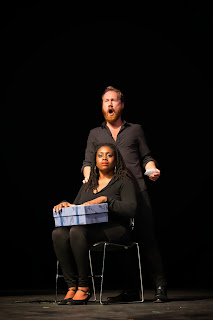