How did you and Tomer meet? 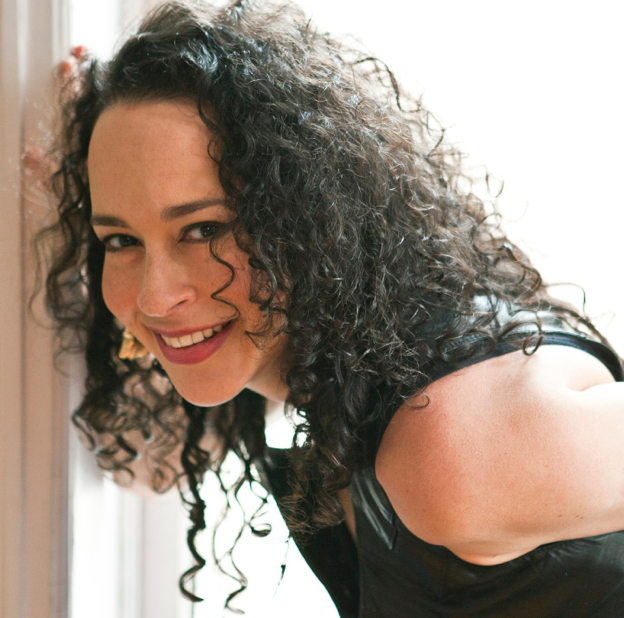 I met Tomer in 2009 when we both collaborated on Richard Eyre’s hit production of Carmen at the Metropolitan Opera. I was assisting choreographer Christopher Wheeldon and Tomer was assisting Richard. It was one of those times in creating opera when everything is magical and everyone respects and adores each other! Tomer took over the directorial reigns when Carmen was revived so we spent many years together creating and recreating the passion and desperation of Bizet’s Seville.
Fortunately, this summer, I was able to join the artistic team of Tomer’s brilliant Madama Butterfly when it premiered at Castleton Festival.

Working with Tomer is extraordinary. First of all, he’s incredibly kind and smart. This immediately puts his colleagues – conductors, singers, stage managers, everyone – at complete ease in a truly creative and enthusiastic spirit. Tomer knows what he wants from other artists and from the piece. He is passionate about what he creates, a strong and fierce visionary, but also a generous collaborator. He knows how to encourage and shape the best ideas from us all. He also amazes me with the way he balances knowing what he wants to create with creating on the spot. Tomer is like a master jazz musician – able and happy to improvise around a steady structure. That’s why his work is fresh and new. It’s alive.

How was it working with Maestro Lorin Maazel at the Castleton Festival this past summer?

This summer in Castleton was unparalleled. As we all know, Mo. Maazel was ill, but he was on the mend throughout the summer and was energized by the creative work going on around him. When we would arrive at rehearsal on any given day and see a comfy blue recliner, we would know that he’d be with us that day. And I would often watch him watching the artists and the creation going on. He looked absolutely THRILLED! I feel blessed to have shared Mo. Maazel’s last summer. I can report that he was very happy, inspired, and inspiring to all around him. He absolutely loved Tomer’s Madama Butterfly, and he utterly adored Tomer.

What do you find intriguing about this production of Madama Butterfly?

Tomer’s Madama Butterfly probes the tragedy that ensues when cultures clash and human beings misunderstand and therefore mistreat each other. His ideas of character begin with their humanity and a deep understanding of their struggles and desires. His staging is always born from the natural drive of the characters, from what they want from themselves and from each other, and above all, from Puccini’s glorious music. On a personal note, I adore watching Tomer when he’s directing because as he becomes more and more transformed by the singing and the music, he nearly dances. And for a choreographer, that’s heaven!

What other productions have you worked on at the Met?

I started at the Met in 1996 as a flamenco dancer in Franco Zeffirelli’s Carmen. I soon progressed to working as an assistant choreographer/movement coach and have collaborated in this capacity on many productions including Carmen, La Traviata, Don Carlo, and Il Barbiere di Siviglia. Last season, I made my choreography debut in Richard Eyre’s Werther with Jonas Kauffmann, and recently choreographed Mr. Eyre’s Le Nozze di Figaro which opened the Met season.

I’m also in my fourth season as a member of the Met directing staff. Since 2011 I’ve been fortunate to be one of the directors in charge of remounting Anthony Minghella and Carolyn Choi’s sublime Madama Butterfly. It’s been a blessing to be intimately involved with this opera for so long. It’s a masterpiece and makes me weep every time.

Atlanta is a gorgeous city filled with wonderful people. I worked at the Alliance Theatre in 2013 performing Zorro the Musical, so I arrived here at the start of our Butterfly rehearsals already in love with the kindness and generosity of the terrific Atlantans.

Some favorite spots include the Botanical Gardens, Piedmont Park, the Alliance Theatre, and the delicious Optimist restaurant. Of course, when my 7-year-old daughter visits, we head straight for the aquarium and Lego Land!