Get to Know Teddi Hanslowe 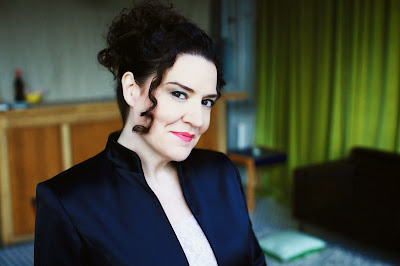 Soprano Theodora (Teddi) Hanslowe has sung on stages across the globe. This weekend, she sings the role of Madeleine Mitchell, the disconnected matriarch of her modern family, in Three Decembers. We asked Teddi three questions to get to know her better as an opera singer, learn about her process as a performer, and get her point of view on the evolution of opera today.


Did you always
want to be a singer or performer? And specifically an opera singer?

I think I always wanted to be a
singer. My family is very musical, and I grew up singing and with a lot
of music in our home. I idolized Julie Andrews and sang in musicals
in high school. I also played the oboe for 8 years. My musical
training was not typical for an opera singer. I majored in English and
was active in the Drama department at Cornell University, where I got my
bachelors. When I spent a year in Vienna, Austria, where my father was
born, I got hooked on the opera. At that point, my interest in
foreign language and acting and singing all started to come
together. I was lucky that the vocal training I got was good, so
despite not studying voice as my major in college, I was able to begin working
as an opera singer quite early, and I never did anything else.


Maddy is a complex (amongst other adjectives) character. What is the process like getting into this role, as opposed to other parts you have sung in the past?

Maddy is a
narcissist,  very career-oriented and charismatic, and she thrives on stage. She is her best self on stage. I have played a lot of sweet,
sympathetic characters (Cenerentola, Sister Helen, the Composer), and it
took me a while to stop judging Maddy, given her poor parenting abilities and
how self-absorbed she is. But playing Maddy is FUN. Portraying a character who is herself an actress – and particularly an actress
with secrets – allows for a lot of layering in her personality. And
she’s a star. She’s big and vibrant.


What is your take on the evolution of opera, both musically and within society? And how do you see modern opera – like Three Decembers – fitting in with the classics?

I think the classics are here to stay,
but the importance of developing new operas with current subjects can’t be
overstated. Musically, the last 100+ years have been about exploring new
harmonies and dissonances to express more modern emotion, and rhythms more
reflective of spoken language. In society, I would say opera has taken
on more relevant subject matter, provoking discussion and thought about current
issues. As for Three Decembers, there are a lot of people who think they
don’t like opera who will find this a very entertaining and moving piece. Heggie’s score is gripping, the story is fast-paced, and here, you have a cast
of singing actors who really tell a story. How this
particular opera fits into the large scheme in the pantheon of opera is hard to
say, because it is a smaller work than Heggie’s Moby Dick or Dead Man
Walking. I think it has the ability to woo a different
audience, and that may be its most important role.