Pick Up Your Q: Catalina Cuervo 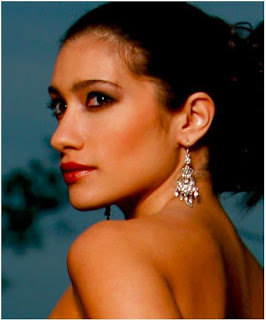 Soprano Catalina Cuervo knows Maria de Buenos Aires well. She has performed the role of Maria more than anyone else, and continues to perform it yearly to critical acclaim. We sat down with the “Fiery Soprano” to chat about the music, words, and tango influence of Piazzolla’s Maria de Buenos Aires.


Where did you grow up, and when did you first start singing?

I was born in Medellín, Colombia. I grew up there and moved to Miami when I was 18. I’ve been a musician all my life. I started playing piano at age 5 and electric guitar at 13, but I didn’t start singing until the age of 18, when I had my first voice lesson with Eileen Duffy Brown at Miami Dade College.


You’re on record for doing the most performances of Maria de Buenos Aires as Maria. Has anything changed with your interpretation of the role since your first performance?

Definitely. Maria is a very complex character and can be played in many different ways depending on the interpretation the director is giving to the story and the setting. Her relationship with the baritone role in every production is different, too, from one production to the other. Since my first Maria de Buenos Aires I had a pretty good idea of who she was for me. Her personalities, the way she acts, talks, walks, her energy, it was all pretty clear to me; I could say that from my first Maria I had a pretty strong interpretation of it and I’ve played it over and over.

Had you ever heard Piazzolla’s music before auditioning for Maria?

Yes! Tango music and the tango classical music of Piazzolla is very important and known for us in Medellín. Orchestras there play his music often and his tangos are well known, too.


Tell us about Maria’s journey in the piece.

Maria starts the opera being born, then as a little girl she is raped by someone she loves, then as a teenager she decides to leave the small town and go to Buenos Aires. When Maria is in Buenos Aires she becomes the queen of the streets and the city, until she gets killed.

In the second half she is a spirit wandering the streets of Buenos Aires and at the end her spirit is reborn into a new Maria.

The story is not linear, which can make it difficult to understand. Another way of thinking about it is that Maria represents tango in the cycle of life.


What is the significance of tango in Maria de Buenos Aires, and how is it incorporated into the production?

Maria de Buenos Aires is a “Tango Operita”. It is composed and sung in the Tango style, and performed with tango instruments, like the bandoneon.

Did you have to learn the tango for this role?

Yes, and I am still learning!

What is your favorite moment in Maria de Buenos Aires?

Ah! I have a lot of favorite parts in this opera, but if I have to choose one, then it is for sure when I sing “Yo soy Maria” – it’s the hit song! It’s a powerful, “caliente” moment for the character. That aria just gets everyone on the edge of their seats and there is always a huge applause at the end of it, even yelling and shouting!


There is so much beautiful, abstract poetry in Ferrer’s libretto – do you have any favorite lines?

-“Entre mis brazos dare de mamar a un botin” – “Between my arms I will breastfeed a soccer cleat.”


Any plans to explore the city while you’re here?

Yes! It will be my first time in Atlanta and I am very excited to be there, explore the city, get to know the people, see the beuaty and the fun that everyone talks about. Super excited!