The Love Story of Gad Beck and Manfred Lewin 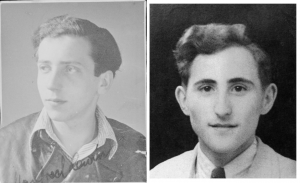 A note from composer Jake Heggie:

The persecution of gays during the Holocaust is not a topic that is much recognized or discussed. So Mina Miller [of Seattle-based Music of Remembrance] decided to take it on in a powerful and meaningful way: through music. When she called and asked me to create a new chamber composition based on this subject, I was deeply moved, excited, and hugely challenged. How on Earth could we find a way to do honor and justice to this subject? To recognize the suffering of so many in a 35-minute piece of music? The easy part was saying “Yes.” The hard part came next: the fascinating and moving journey of discovery.

As an opera composer — a theater man — I told Mina I’d want to include a singer and find a narrative. of some kind. She was very excited about this. I looked for poetry or stories from the time of WWII about this subject but found nothing. Baffled, I looked to more recent sources and was deeply upset to discover the reason why there was no material from the actual time: Homosexuality was against the law in Germany until 1970. Even after the camps were closed and the war was over, gays were considered criminals. So, after the war, they went into hiding or got married, fled, or just tried to blend in. Silence. The literary and art world began breaking this silence in the late 1970s (Martin Sherman’s 1979 play Bent, for example). But even in 2005, when the European Parliament — the elected parliamentary body of the European Union — drafted a resolution regarding the Holocaust, any mention of gay persecution was removed. 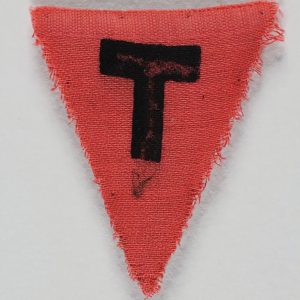 In my research, I went to the U.S. Holocaust Museum, read books about the subject, and eventually came across the extraordinary documentary film Paragraph 175. by Robert Epstein and Jeffrey Friedman.  The film includes testimony from several gay men who were survivors of the camps. Here They are in their 70s, 80s and 90s, telling stories they never thought they’d be able to tell. Remarkable human stories: surprising, tragic, funny, hateful, shocking. I knew I wanted to use these stories but didn’t quite know how. it would happen. During this time, Mina Miller also sent me a link to the Holocaust Museum website that featured the journal of Manfred Lewin, a gay Jew who was murdered at Auschwitz with his entire family.

That’s when I realized I needed a librettist. to help put this all together. The elements were there, just not the story.

I had just worked with Gene Scheer on a new song cycle, and we were planning to write an opera together, so I asked him if he’d be interested. He was eager to do so. Gene is a tremendously gifted man, a songwriter as well as a librettist and lyricist. I shared with him the film Paragraph 175 and the books I’d found. He found books I didn’t know about, and Manfred Lewin’s journal, too. He was so excited when he read some of Manfred’s beautiful poetry, he called me right away.

The journal was written for Gad Beck, who penned an autobiography and is a storyteller in Paragraph 175. Manfred and Gad were lovers as teenagers in Berlin until Manfred and his family were taken. In their love affair, we found the seeds of our story. We came up with the idea of an actor to play Gad in the present day, while the baritone would sing the role of Manfred. He would appear to Gad as a ghost one night. And through the two of them, we’d be able to share the stories from Paragraph 175 and the poetry of Manfred’s journal.

I chose the instruments in the ensemble because I wanted a variety of color so that I could include elements of jazz and swing, lyrical as well as the gritty instrumentation, and the percussive possibilities of the piano.  including using the inside of the piano.

It is Manfred’s phrase “Do you remember?” that established the tone of the piece for me. In our story, Gad wants only to forget the horrors he lived through; Manfred, as a ghost, wants only to be remembered and wants Gad to remember their powerful, timeless love. There is a play between past and present. Musically, that was filled with rich possibilities. I found a tune for “Do you remember?” that served as the anchor of the piece. Most of the other material in the piece is connected to that tune.