Pick Up Your Q: Brian Clowdus 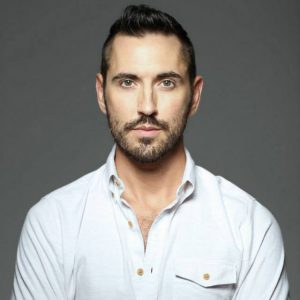 Brian Clowdus is the Artistic Director of Serenbe Playhouse, a site-specific theatre company tucked neatly into the Sernebe community, about 40 miles south of Atlanta. He’ll join The Atlanta Opera this fall to direct Kurt Weill and Bertolt Brecht’s The Seven Deadly Sins, the first selection in our 2017-18 Discoveries series. We chatted with him about his love of site-specific theatre, how audiences may be transformed, and how the piece is like grand dame Joan Crawford.

How did the idea of Serenbe Playhouse come about, and what is your role as Artistic Director?

It was a complete kismet moment. I visited 9 years ago on a whim with my sister and got this intense gut feeling the moment I stepped onto the property. I couldn’t articulate what that feeling meant but it was something special. That gut feeling turned into me sending a blind email to Serenbe, which led to a meeting of me pitching a theatre company, which led to me putting a business proposal together (I had zero idea how to do that but thankfully there are books on how to start a theatre!). Low and behold, I charmed them enough and the proposal was approved. I received $15,000 to start the company and now 8 years later we are operating at a 1.2 million dollar budget, completely self sustaining on ticket sales and fundraising as the premiere national site specific theatre company. People often ask if being site-specific was part of the original plan – it wasn’t. It happened initially out of necessity and immediately that’s what audiences were responding to. So, we kept building on it and listening to what people were connecting with and a huge part of that was nature and being in new locations for each show! As Artistic Director I am charged with maintaining the mission and vision I created 9 years ago. This covers everything from choosing our season each year to making sure that the guest experience begins the second they step out of their cars. At Serenbe Playhouse you are never waiting for something to begin, it all happens immediately!

As a director, what interests you about The Seven Deadly Sins?

I have never directed an opera, but I have often been told that I have an opera eye and aesthetic, so when Tomer approached me I was over the moon! I am always drawn to emotionally evocative and dark material and I am a big fan of Kurt Weill and the whole genre of music and culture. I love that his music gives me all the feels and the second you hear Kurt Weill you know immediately that it’s him. There is always a second or third layer of what’s going on in his stories and music and I can’t wait to explore and dissect what will be going on in our version.

What is your vision for the piece?

I am creating a very theatrical world reminiscent of a swanky 1920s/1930s cabaret lounge where Anna is the diva and star of the evening. The first section will have us immersed in the backstage world where we see actors getting ready for her arrival and even glimpse of her silhouette or her back anticipating the grand dame entrance. Finally, the moment arrives and Anna has her star entrance and performs The Seven Deadly Sins, and at moments it’s unclear if she is a lounge singer or if she has entered the world of this piece. Think of it as if Joan Crawford and Black Swan met up in a dark, seedy German alley with lush, red velvet curtains from floor to ceiling. That’s all you get, folks!

What are the challenges and advantages to directing and performing in a non-traditional space like Le Maison Rouge?

For me it’s ALL advantages. I am so inspired by the environment I create theatre in and I have always been a huge fan of Le Maison Rouge. I had already visualized theatre there before I even knew this project was happening, so it’s a literal dream come true for me. In site-specific work, the set is mostly already there for you. It’s my goal for anything we add to live in the world that’s already there –  that can include a mirrored runway or a famous opera diva entering the world. It all lives there and feels completely immersive with action in front of you, behind you and even in your lap at times!

How is Anna’s story relevant to a modern audience?

We all have two sides. We all struggle with Good vs. Bad. What is Good vs. Bad? What is moral and what is not? Do you live the life that makes you happy or the life that makes others happy? Do you follow your carnal desires? Do you commit sins on purpose or is that the other part of you that you can’t control? I will leave those questions for our modern audience – those questions have been asked since the beginning of time.

What can audiences expect?

They can expect something they have never seen before. They are going to forget they are watching a theatre opera piece – they are going to be in it! They are going to be terrified, saddened, and even laughing at times. I can guarantee they will leave thinking about what they experienced and will keep talking about it for days. They will look in the mirror that evening before going to bed wondering which version of themselves they are seeing. We all have two sides, it just depends on which one has control at which times in our lives.